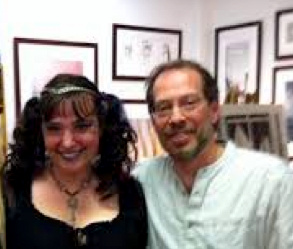 Once Upon a Time, after being hired on as Assistant Manager of a local Hastings store, I was asked to take a test. The test included statements like, “It is more WHO you know than WHAT you know that gets you ahead in this world.” There was a five bubble spread, from Very Likely to Not At All Likely. To this statement I chose: Very Likely.

Despite having already hired me, the results of that and other answers flagged me as “high risk of drug usage” and the offer of employment was rescinded.

Sorry, boys, but I only write like I’m on drugs.

It’s been over a decade since I took that ridiculous test, but I still maintain that success is far more about WHO you know than WHAT you know. Moreover, the WHOs that I have known in this world have not only gotten me farther than my Chemistry degree and my perfect grades in Physics and Vector Calculus, they have also saved my life on many occasions.

David B. Coe was one of the first authors I met in the World of Publishing, during the Southern Festival of Books back in 2002. We’ve survived countless conventions and festivals, publishing and traveling adventures since that time, and I count him among my very best friends (in the sense of “I could show up at his house uninvited and he’d offer me a place to crash for the night”).

It is in that spirit that I invited David to guest post here on my blog today and talk about Author Friendships–both ours, and the one he has with Faith Hunter that facilitated their special collaboration: Water Witch, on sale now.

Pick up Dead Man’s Reach next week (I *love* the Thieftaker novels!), and keep an eye out for His Father’s Eyes, releasing this August. And if you’re attending Dragon Con this year, be sure to catch David’s musical performance in Princess Alethea’s Traveling Sideshow!

The Best Perk in the Business 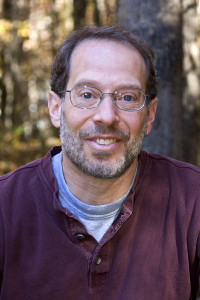 Ask any professional writer about the perks of this career path and you’ll hear a lot about the freedom of being one’s own boss, the joy of being creative for a living, the sense of discovery that comes from thinking up new characters, new plot lines, new worlds. And all of that is true.

I love this job, which is also something you’ll hear a lot from writers. We have to love it, because for the vast majority of us, the pay is minimal. Writing is hard work, and because our ability to sell our next book idea is usually contingent on the critical and, far more importantly, the commercial success of the previous book, it can be dispiriting. Much of the time, we work in isolation, alone with our thoughts and imaginations. Most of us, to varying degrees, are responsible for our own promotion, our own marketing. Some writers are responsible for every aspect of their publishing lives. Completing a novel is no small accomplishment. Making a living as a writer? Really, really difficult.

And yet, for those reasons I mentioned earlier — freedom, creativity, discovery — none of us would trade this career path for any other. At its best, a writing career — and really, any professional creative endeavor — is a constant adventure. Sure, we live vicariously through our characters, but they wouldn’t exist without us, so it’s as intimate a vicarious relationship as I can imagine.

But there’s another perk of writing for a living that I don’t often hear authors mention, one of which I’m reminded forcefully right now, as I tour the web, touting my newest novels. I have been fortunate over the nearly twenty years I’ve been writing, to develop some truly amazing friendships with my fellow authors, including the wonderful Alethea Kontis. (I’ll get to that in a moment, but first, those newest novels: DEAD MAN’S REACH, the fourth volume of the Thieftaker Chronicles, which I write as D.B. Jackson, comes out July 21; and HIS FATHER’S EYES, the second book in The Case Files of Justis Fearsson, by David B. Coe, comes out August 4.)

Lee and I met years ago, when she was still working for Ingram Books, and I was a fairly new author, appearing at the Southern Festival of Books in Nashville, Tennessee. We hit it off right away, but didn’t have much chance to get acquainted. That opportunity came a year or two later when we found each other in the Austin Airport after a World Fantasy Convention. We spent a lengthy plane delay chatting, laughing, and finding, as both of us had previously with others of our ilk, that writers are a unique breed, possessing a distinctive blend of humor, passion, and geekiness. We’ve been buddies ever since, and we share so many friends it’s almost funny.

Again and again, I have met writers at conventions or conferences, only to discover yet another kindred spirit, another sibling from whom I was obviously separated at birth. These friendships are their own reward. Yes, Lee and I help each other out with promotional cross posts at our respective blogs, and we recommend each other’s work to others we meet, readers and writers alike. But that’s icing on the friendship cake. We’d be friends even without that stuff.

Still, there are times when the friendships we forge with other writers lead directly or indirectly to significant professional opportunities. I’ve been invited to conventions because of such friendships. I’ve been asked to submit stories to anthologies because of them. I’ve met editors, publishers, and agents through friends in the business. I’m not at all unusual in this regard.

Recently, though, a project grew out of a friendship in a very cool and utterly unique way. My dear friend Faith Hunter is the author of the New York Times bestselling Jane Yellowrock series. I love the Yellowrock books, and Faith is a huge fan of my Thieftaker Chronicles, a historical urban fantasy series set in pre-Revolutionary Boston. In the fifth Jane Yellowrock book, DEATH’S RIVAL (or maybe the sixth, BLOOD TRADE), Faith mentions an ancient vampire who “terrorized Boston for a few years before the Tea Party of 1773.” She wrote the line with me in mind, thinking that if I noticed it and said something to her, we’d talk about it, and if I didn’t, no harm done. Well, I did notice, and it made me start thinking about cross-over collaboration possibilities combining the Jane Yellowrock world with my Thieftaker universe. Which was just what Faith intended. The conversations that followed eventually led to the publication earlier this summer of “Water Witch,” an original piece of short fiction set in 1770s Boston and featuring Ethan Kaille, the hero of the Thieftaker novels, and Hannah Everhart, an ancestor of Jane Yellowrock’s best friend. The story is available from several vendors as an electronic download. It may well prove to be the first of several collaborative efforts.

That mention of Colonial Boston in Faith’s book remains to this day one of the nicest, coolest things anyone has ever done for me. I love that it led to a story, but even if it hadn’t, it would have been an unbelievably generous gesture. And it points to the power of creative friendships. I have lots of friends outside of writing, and many have honored me with gifts and acts of kindness I will never forget. But this gift has already allowed us to reach thousands of readers with a new work of fiction, and there’s no telling where further mash-ups of our two worlds might lead. Of course, my writer friendships don’t have to produce new stories to be rewarding. It’s nice knowing, though, that they can.

**********************
David B. Coe/D.B. Jackson is the award-winning author of eighteen fantasy novels. Under the name D.B. Jackson, he writes the Thieftaker Chronicles, a historical urban fantasy from Tor Books that includes Thieftaker, Thieves’ Quarry, A Plunder of Souls, and, the newest volume, Dead Man’s Reach, which will be released on July 21. Under his own name, he writes The Case Files of Justis Fearsson, a contemporary urban fantasy from Baen Books. The first volume, Spell Blind, debuted in January 2015. The newest book in the series, His Father’s Eyes, comes out on August 4. He lives on the Cumberland Plateau with his wife and two daughters. They’re all smarter and prettier than he is, but they keep him around because he makes a mean vegetarian fajita. When he’s not writing he likes to hike, play guitar, and stalk the perfect image with his camera.

2 thoughts on “[Guest Post] The Best Perk in the Business”