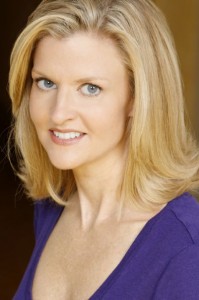 May’s Month of Writers Festival is winding down this Memorial Day weekend — I have been honored to host so many of my fine writing friends here. I hope you’ve enjoyed the company and found some new authors to check out!

Today I bring you an interview with my beautiful and talented Nebula Weekend roomie (and fellow Codexian) Mary Rodgers. Yes, indeedy, I mean beautiful! But behind that Miss Universe exterior beats a geek girl heart I couldn’t help but fall in love with. After reading this interview, I dare you not to fall in love with her as well.

Watch out, world, this woman has some big plans!

Mac or PC?
PC, now and forever. Apple doesn’t come out with working versions of new video games until months after their initial release. I can’t work with that. 😉

Coffee or Tea?
Ever since the Odyssey workshop, coffee, and way too much of it, at that. I even bought myself an espresso machine. I grind the beans, foam up the milk… I’ve lost all sense of boundaries.
Travel the World or Travel Outer Space?  The world, definitely. I’ve so much yet to see and experience here on earth.

Fantasy or Science Fiction?
Both, as long as the stories are character-driven.

Music or Silence (while you write)?
Monk-like silence. Sometimes I even use earplugs.

What weird food do you like?
Fried pork rinds. I should be ashamed. I know. 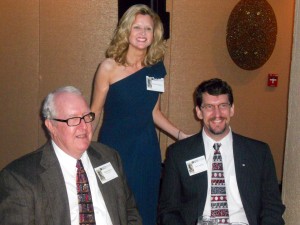 What is one of your most irrational fears?
I have vertigo. It’s not so much a fear of heights as it is the fear that my sense of self-preservation will suddenly evaporate and cause me to leap out an open window. I should note that I have no plans to actually do this, but I worry about it.

Did you watch the Royal Wedding?
Why or why not?  Nope. I would have rather stabbed myself in the eye with a fork. I just couldn’t get excited about watching two people who were strangers to me get hitched.

How many novels/short stories/screenplays/poems/etc have you published?
One short story and one full-length screenplay.

How much do you write every day?
Never as much as I would like. Due to the demands of my day job, I get most of my writing work done on weekends.

How much do you WISH you could write every day?
1000 good words a day would be a wonderful pace for me.

What are you working on now?
I’m finishing up final revisions on my dystopian fantasy novel, New Eden. I’m hoping that the agent who liked the partial will like the full version. Crossing my fingers…

If you could write like one author, who would it be?
Elizabeth Hand.  I’ve been in love with her work for years.  Still too shy to approach her at cons.  I’m afraid that she would drown in my fan-girl squee.  Or that I would simply expire on the spot in the presence of her awesomeness.  Did I mention that I was a fan?

If you could be one superhero, or have one superpower, who/what would it be?
I’d like the power to travel through time. There’s so much in our history and our future that I would love to see first-hand.

What’s the coolest thing you’ve ever done?
Slept in a flimsy tent in the middle of a jaguar preserve.  Slept is overstating it; the rainforest is never silent, and the jaguars sniffed at our tent flaps and chuffed to one another for hours before slinking away into the dawn.

What’s the coolest thing you’re about to do?
Finish my very first novel e-var!

Name three things on your List of Things to Do Before You Die.
1) Take a liesiurely trip through the Galapagos Islands on a boat
2) Accompany a team of archaeologists on a dig in Iraq, home to some of the most ancient and precious remnants of civilization on the planet
3) Get my pilot’s license

Mary Rodgers was born in rural South Carolina and has a deep affection for the culture and the people who live there.  Currently she shares an NYC apartment with Sophie, the world’s cutest English Bulldog.  A career performer, Mary was the keyboardist and lead vocalist in an all-female rock band for a number of years, and has acted in plays and musicals across the country. Her first screenplay, Common Ground, won a finalist slot in the 2008 Moondance International Film Festival competition.  Mary is a proud 2009 graduate of the Odyssey Fantasy Writing Workshop, and published her first short story, Big Girl, in the September 2009 issue of Expanded Horizons. At the moment, she is hard at work on final revisions to her first fantasy novel, New Eden.