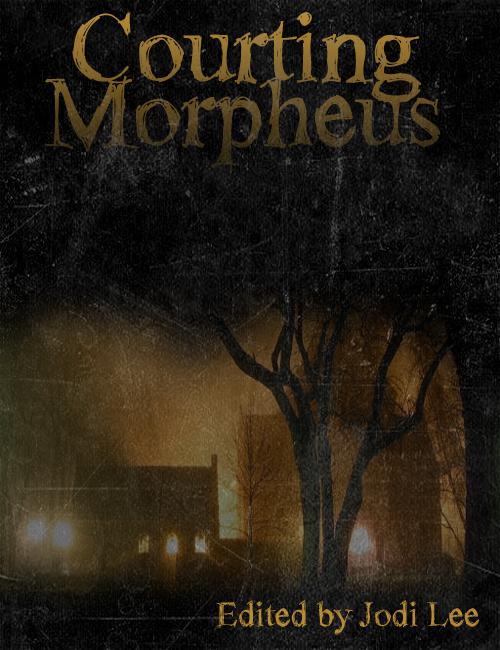 Once upon a time, Jodi Lee asked me to write an introduction for a dark little anthology called Courting Morpheus. Since then, The New Bedlam Project has sort of taken on a life of its own (including its very own website — click here to check it out). Three years later (which is like seven minutes in Publishing Time…or is that vice versa…), the book has finally been released.

Some time in 2006, two writers spoke in hurried whispers… what could cause the wretched insomnia that had taken them over, compelling them to write words of horrors never seen, only imagined? What could keep them from finishing their works, from containing the monsters within, from binding them with one simple word? How could they find their way out of the darkness they called home…into a darkness of release at Morpheus’ hands? An idea was born that night. It grew into one monster after another until finally it has broken free…

Want to order your very own copy? There are a few ways you can do it:

From CreateSpace (the printer) — Courting Morpheus