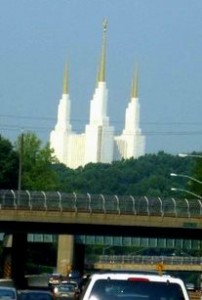 I make reference sometimes to living in “The Emerald City,” and to allay confusion, I figured it would be best to clear this up.

I live in Northern Virginia, just outside Washington DC. (Outside the Beltway, for those familiar to the area.) As much as I would love to hang with Cherie Priest & Kat Richardson, I do not live in Seattle, which was given the nickname “The Emerald City” in 1981 because of its lush evergreen forests.

I refer instead to the Emerald City of Oz, as written by L. Frank Baum in 1900.

Back before I moved, I used to put “Ivory Tower” on a lot of my social networking sites when asked for my location. Fitting for a Princess, right? Only, the Princess destroyed that Ivory Tower and walked away…at which point my location changed to “Somewhere Over the Rainbow.” When you run away, sometimes you don’t want everyone to know where you are right away. “Somewhere Over the Rainbow” was as good a place as any. And until I settled down, that’s where it stayed.

You know that giant Mormon Temple you can see from 495? There’s an overpass there on which graffiti artists periodically scribe the infamous “SURRENDER DOROTHY,” because those ivory towers (ha) greatly resemble the architecture of the Emerald City in The Wizard of Oz 1939 film.

I remember driving along 495, seeing those spires, and thinking, “I’m almost home.” Home. It’s a nice thought for someone who’s been traveling for so long. Home. And fitting for a Princess who fled Somewhere Over the Rainbow to settle, n’est-ce pas? And so I refer to my current location, from time to time, as The Emerald City.

Besides — green’s my favorite color.

2 thoughts on “The Princess and the Emerald City”