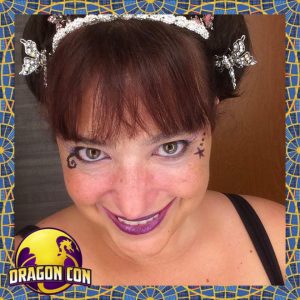 So here’s the thing about adventures: They are super fun to have. They can also be incredibly difficult to keep up with when you want to write about them.

In preparation for being firmly ensconced in the Northeastern US for the next few weeks, I created a pretty intense “post-DragonCon” to-do list. Yes, I would love to jump right into a new writing project and forget everything else, but everything else includes titles that moved from Createspace to KDP while I was out, NPR reviews that need to be turned in, about half a dozen non-fiction essays and proposals, and a manuscript decent enough to send to Jane and Heidi for Picture Book Boot Camp Part Deux in November.

In addition to all this important stuff, I have: 1.) Storm Chasing Essays, 2.) DragonCon Essays, and 3.) Fall Adventures up North.

See, the adventures don’t stop happening just because I don’t have time to write them all down. I just feels progressively more and more guilty about moving on with my life, while always promising to go back and catch up.

I’ve been telling everyone I’ve seen since May: Storm Chasing really affected me, deep down, in ways I’m still realizing. I came home mentally and physically exhausted, and I did a lot of soul searching. Some of this resulted in pretty life-changing decisions…or, at least, decisions that I hope will ultimately change my life for the better.  (My close friends seem to have utter faith that it will.)

In the meantime, I have my emerald green notebook right here, ready to transcribe all my diary entries, with the proper insight.

However, between then and now, DragonCon 2018 happened. In so many ways–even though it feels like I always say this–it was the best DragonCon ever. Those adventures are still fresh in my mind, broken down by each day of the Con.

The best part is, I’ve had time to process all those, too. In the last couple of years, I’ve had to shift gears so fast after DragonCon that I wasn’t even able to write them in a journal, and some of those beautiful memories were forgotten. In 2016, I was asked to be a last-minute staff addition to a writing cruise (which came with its own family drama) and in 2017 I drove home to Irma.

Now, I will never forget the fantastic time Jane Yolen and I had tromping around wearing crowns and finishing each other’s poetry, or the ten minutes I had one-on-one with Megan Follows, and I will never forget the magical performance that was “The Little Mermaid” Fairy Tale Rant Theatre (thank Jove we got that on camera!), but I know that other precious moments slipped through the cracks.

This year–this phenomenal year of adventures, I don’t want to forget anything. And yet…

Since DragonCon I’ve flown up North and had more amazing times, discovering the Fairyland that is the Colorscape Arts Festival, working in a patisserie full of very expensive (but incredibly delicious) napoleons, and hanging out with the Adam Ezra Group again, since our paths continue to cross like the strands of Pippi Longstocking’s braids.

This is why, when every five minutes someone was shouting across DragonCon that they stalked me on social media, I breathed a sigh of relief. Whether I had time to write it up in beautiful prose or not, these folks had been there for my adventures.

But now that I do have time…where do I begin?

Every so often I’ll flip through a notebook and come across a journal-type entry, in varying degrees of doneness, chronicling one adventure or another. When I have time (ha!) I put those in the Archive folder for my Exclusive Patrons. And I thank Past Alethea for her diligence,encapsulating that memory in whatever scribbles she was able.

But we have to start somewhere, don’t we?

I think perhaps I will start with DragonCon Day One: Thursday. The night of the Stygian Launch Party and Adam Ezra Concert…and super celebrity guest cameo that shocked the heck out of all of us.

I’ll be posting these adventures for Patrons Only–all accessible for only $1. Those dollars help me attend Picture Book Boot Camp, pay for the gas to get there and the hotel stays on either side. They help me get Sarah to DragonCon and buy swag for the Sideshow and get a dedicated camera, so that we will ALWAYS have recordings of Fairy Tale Rant Theatre. And sometimes, they just help me buy a coffee, or a really expensive pastry, when I’m in the perfect place to do so.

Thank you, my friends, for tagging along with me on my adventures. (Because it’s not technically “stalking” when I actually enjoy having you around!)

I treasure you all more than you will ever know.