From the Burlington Free Press: 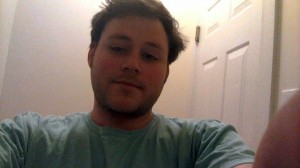 JOSHUA GEORGE JARVIS – MORRISVILLE – Joshua Jarvis passed away unexpectedly in Tennessee on Sunday, Aug. 31, 2014.
Josh’s life began on March 17, 1989. He was the youngest of three children to loving parents, William and Cherie Jarvis. Prankster Josh spent his childhood with a smile on his face and laughter in his heart, surrounded by friends and family. He attended Flynn Elementary, Hunt Middle School, and graduated from People’s Academy in Morrisville in 2007. He continued on to obtain duel degrees in Computer Graphic Design and Dynamic Web Development at Sullivan College of Technology and Design in 2010.
At the age of 10, Josh worked for the family business at Jarvis Cinema Corp, Bijou Cineplex 4 in Morrisville. By age 25, he decided to take a new direction in his life and worked alongside his Uncle Richard Jarvis at Williams Marketing in Franklin, Tenn. Josh enjoyed the many pleasures of life – food, music, movies, laughter, and his favorite time of day: 4:20.
Josh is survived by his parents, William and Cherie Jarvis; brother, William Jarvis II, his partner, Tamarra and daughter, Chloe; sister and brother-in-law, Alana and Jason McLane and children, Alexa and Dylan McLane (to whom he was the most proud uncle); brother, Caleb Jarvis; grandfather, Merrill G. Jarvis (Gido); grandparents, George and Marcy Kontis (Yia Yia and Papou); and uncles and aunts, Merrill Jarvis III and his partner, Madana Makhani, Richard and Cheryl Jarvis, Diane Jarvis, Daniel and Victoria Jarvis, West Kontis, Alethea Kontis, Soteria Kontis and Charles Nadolski. There are two very special people we would like to mention, Alex Smith, his high school sweetheart whom he loved dearly, and Pakorn Pinyo, who spent the last few months getting to know Josh personally.
Josh was predeceased by three very important people in his life, grandmother, Lucille Barrett Jarvis (Sito); great-grandmother, Madeleine DeRonde (Gram); and his childhood best friend, Hunter Dandrige. Space does not permit mentioning the names of his countless and treasured family members and friends. Josh could light up a room with his laughter. If you were a friend of his, you knew what fun was. In his life he was always looking for a good time, and we are certain he still is.
Visiting hours will be held from 4 to 7 p.m. on Friday, Sept. 5, 2014, at the Ready Funeral & Cremation Service South Chapel, 261 Shelburne Road, Burlington. A Mass of Christian Burial will be celebrated at 11 a.m. on Saturday, Sept. 6, 2014, at Saint Mark’s Church, 1251 North Ave., Burlington. Burial will be later at the convenience of the family. To send online condolences to the family please visit www.readyfuneral.com. In lieu of flowers, you may send donations in Josh’s name to St. Jude’s Children’s Hospital.
Tweet
Family, life
| Tags: josh