I’ve been teaching a teen writing class at the Rust Library for four weeks — tonight is the last class, and I have to say, I’m going to miss it! But to be honest, I think these young folks are ready to write and submit their own stories…the only challenge for them will be focusing enough to GET IT DONE.

(You hear me, guys? Stop procrastinating and do it, already!!!)

Last week we did a fun writing exercise where each person wrote a sentence (or two) and then passed it to the next person at the table. There were only six of us (yay, more snow and ice…what is it about Wednesdays in February this year?) so it only took about 20 minutes and didn’t get too out of control. At the end, we read all the stories aloud…and they were AWESOME!

So awesome, in fact, that everyone decided that I should put them up here on the site to share our awesomeness with the world. Evil shadows, vomiting butterflies and tiny ninjas: THIS IS WHERE IT’S AT, PEOPLE. (Also, we’ve sort of been calling our group “The Tiny Ninjas” for a couple of weeks now.)

What people don’t seem to realize is that I’m not a mindless killer–I pick my victims carefully. The patterns just seem to elude the cops. I have killed many. I run away into the shadows. I run as fast as I can from the murderous shadows, which will most likely kill me if I look away. For I am a shadow. These are my brothers. And our goal is to make sure no one is left alive in the light.

The light is our greatest enemy, the light and those who carry it. They are the only ones who can stop us, and they are my favorite targets. Light can illuminate, but it is oh, so east to burn. And the smoke that rises from the fire? That’s me. So watch your step. And the next time you hear the siren, see the plume of smoke rising above the rooftops, know that you’re next.

Why else would I let you read this?

Story #2 (aka “Cloudy With a Chance of Potatoes”)

Potatoes fell from the sky when all hell broke loose. It made mountains of potatoes, which I plan to swim in with a cup of gravy. Swimming is all gravy is good for anyway–I mean, I’m a vegetarian. But what else are you going to do with crazy weather like this?

There are too many potatoes to actually eat, even taking into account all of the people in the world. It’s difficult to swim in them, though, what with their solidity; it’s far easier when they’re mashed and even then, it’s difficult.

Yesterday it was pickled herring, though, and I’m not about to complain that it’s now potatoes. But I suppose it would have been nicer if that hadn’t also been the day the house collapsed.

I just can’t believe this all started with a face-down penny.

I couldn’t understand a word of what she said, but she was undoubtedly angry. Curled on the floor like a question mark, she yowled at me in her native Cat, hair bristling on end.

“Listen, if you aren’t going to cooperate, we can…be more persuasive,” I growled.

Having abducted the feline from the NSA, I was convinced she was more than normal. My guess was that she originally ruled the internet and was taken out during the censorship phase. But now…I don’t know what to think. I wouldn’t know what to think…I think I might die in a hole.

“That would be me, being persuasive,” said the cat, in perfect French. “You have a very simple mind for a human. Now, if we could please get on with the experiment.”

I was happy to do so. I was happier that I now understood French. I would have been even happier if I understood Cat. That was half the point of this, after all. But hey, I’d take what I could get.

The iron butterfly vomited on my bicycle. Again. The first time the metal insect showed up. I’d been half terrified, but by now I was used to it. Every Tuesday evening, without fail, it would perch itself on my handlebar and then…barf. This time I was determined to stop it, for good or bad.

I read in a history book that there used to be real, live butterflies, but now…just the government’s failed experiments. There seem to be more and more failures nowadays. I dreamt a butterfly did not vomit on my bike but screw that; I should genetically modify. I just need to let it go.

What, you may ask? My obsession with butterflies. But even that won’t stop there from being thousands of mutant, barfing butterflies. Perhaps I should just buy an umbrella. Or a gun.

Story #5 (aka: “The Dangers of Falling Deathfully”)

Don’t fall too hard when you die. Of course, if you forget to fall, sometimes that’s worse. You could end up dead, just floating in the ether, with no particular direction. That’s what happened to me, and it’s the reason I’m still around to tell you this.

People who believe in ghosts usually think they stayed behind on purpose–“unfinished business,” they say, in ethereal tones. But really, it all comes down to one question, and that question is: “When you died, were you vertical or horizontal?”

I was vertical. And I didn’t fall, just sort of…stayed. It’s hard to fall over when you’re tied to a chair. Of course, my head sorta slid to one side, so I can’t hear very well with my left ear, bit I make do with what I have.

I made do…I just kept swimming.

This was all a metaphor for my love of imagining death. Who doesn’t fantasize about death? 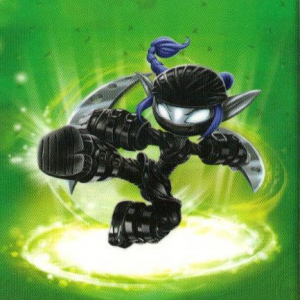 Becoming a small ninja wasn’t my first career choice. Actually, it was my third. But since roof-painting and photography both failed, I didn’t have anything to go with but the letter in the mail.

It was from someone called “The Lead Ninja.”

He sent me photos of a beautiful place, with seemingly no one “playing chess” or “sparring with swords.” I felt like a freking Girl Scout on my first day when I said, “Hi, I’m Bob! I would like to be a small ninja.”

“Screw you!” the Lead Ninja responded.

I tapped him in the head with a flying sidekick. When he picked himself up off the ground, he shook my hand. “Welcome to the Palace.” Then he sent me off to get settled in before I began my training–which was nothing like anything I’d expected.

Unfortunately, I can’t talk about training due to the confidentiality agreement I signed. Suffice it to say that I’m a certified small ninja.

And I am coming for you.

5 thoughts on “In Which Writing Is Fun”