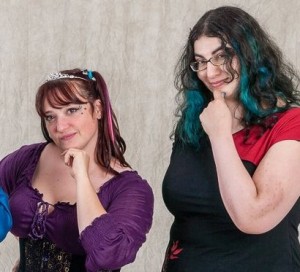 This is the thought that popped into my mind when I first spotted her across the room at this year’s Nebula Awards weekend. We’d become friends online after our nomination for the Andre Norton Award, but matching a real-life face to an avatar is always a lovely surprise. (I Tweeted Leah and told her so.)

During the magical weekend, Eugene, Sarah, Leah and I became a close-knit pack of Lost Kids…and we had a great time doing so. Eugene might have taken the award this time, but we are ALL winners. I can’t recommend Leah’s work enough! 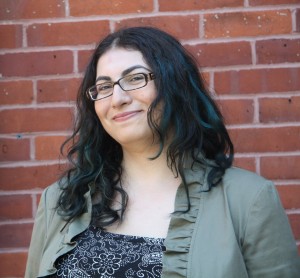 Leah Bobet: The audible click in your head when something from fifty pages ago and something from yesterday come together into a whole new set of implications.  Stories are funny things: Even when you don’t put something into them planning to use it later, they always find ways to make even the smallest details important.  And when you find those ways too, it’s like discovering a trail you laid for yourself without even knowing it.

And it feels good.

LB: …y’know, I can’t really say.  Which is kind of startling to me, as I’ve just finished a draft that basically woke up and beat the life out of my brain every morning for six months, and I should legitimately be able to say something nasty about it.  I might be in a fit of loving my job right now.  Go figure!

LB: The Arizona desert.  I spent a week there with a bunch of the other Shadow Unit authors a few years ago, and it was utterly unlike anywhere I’ve ever been, and wild, and beautiful, and amazingly peaceful.

LB: The old, gnarled kind that’s Seen Things, and which makes for good climbing, or a good backrest while you read. 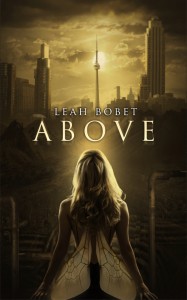 LB: Quiet.  Angry.  Clinically depressed, and still scrupulously well-behaved.  An absolute perfectionist in everything I did, and not able to take much joy in landing a lead role in Oklahoma!, or editing the school paper, or being named a National Book Award scholar.

I fixed that, later.  It’s hard to remember the actual day-to-day of being there, or being that person.  My head’s too different, and has been too many places since.

LB: Ride the Trans-Siberian Railway from Moscow to Vladivostok.  Have a child, and spoil them with good books, Lego sets, and kitchen science experiments.  Have a clean kitchen for a whole week for once, ever.

Leah Bobet’s first novel, Above, was nominated for the Andre Norton Award and the Aurora Award.  She lives in Toronto, Ontario, where she edits Ideomancer Speculative Fiction, picks urban apple trees, and works as a bookseller and civic engagement activist.  Her second novel, On Roadstead Farm — a literary dustbowl fantasy where things blow up — will appear from Clarion Books/Houghton Mifflin Harcourt in late 2014. Visit her website at http://www.leahbobet.com, or her Twitter at @leahbobet.