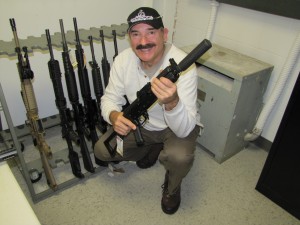 Dos Equis is so wrong: my father, George Kontis, is the most interesting man in the world. He’s great at parties and can talk to anyone. He speaks a little bit of every language on the planet. He tells the best jokes. He gives a tiara manly swagger. And he is the best storyteller EVER.

Papa Woodcutter was a very easy character to write.

I invited Mom to the website for Mothers’ Day, so in fairness I had Dad contribute a guest post to my blog about whatever he wanted for Fathers’ Day. I’ve been busy with this small thing called a book tour, so I didn’t even have a chance to read the essay he sent me before this morning. I just finished reading it. And I cried.

These stories are not about me or my father–they are about HIS father, and my great-grandfathers, amazing men I never had the privilege to know. I can only imagine how amazing they were…because I know exactly how amazing MY father is. (Yes, I come by it honestly. ALL of it.)

Dear Alethea:
As Father’s Day approaches, I thought you might like to hear about Grandfathers and Great-Grandfathers that you never met. They were fascinating people. Self starters and hard chargers, yet at the same time dedicated to their families. Read on, and you might recognize some family traits….

Your paternal great-grandfather, John Kontaridis, was barely 40 years old but was already successful entrepreneur, with three thriving businesses in the Greek Byzantine town of Smyrna, Turkey (now called Izmir). John married a beautiful Smyrna woman, Theodosia Komnenos, who happened to be a descendent of the Byzantine Emperor Andronikos Komnenos. Ergo, dearest Princess Alethea, your title is more than self-proclaimed!

John Kontaridis also had an interest in medicine. In spite of his significant wealth, family demands, and no medical training, he found time to treat people with back pain. His highly regarded success in fixing backs was a family secret that was passed on to male members of the Kontaridis family. John treated Greeks, Turks, and Armenians from all walks of life, who lined up at his front door–usually on Sunday afternoons. In September 1922 the Turkish Army took him on a long hike that didn’t include food or water and John was killed when he tried to sneak a drink. His brother witnessed this event and many other atrocities, which are today denied by the Turks.

Not able to make a living in his home country, your great-grandfather, George Mitchell (Mikelis) left his home high on a mountain top in Greece and immigrated to the U.S. through Ellis Island. At first he worked in an enameled pot factory until he could save up enough to open a candy kitchen and then a restaurant. He joined the U.S. Army in World War I, achieving the rank of sergeant, distinguishing himself in battles fought across France. At some point he got so sick the Army couldn’t care for him, so they left him in care of a French farm family. He was nursed back to health by the family, whose young daughter Blanche made him feel particularly healthy. Their daughter, Georgia was born in 1919. Georgia is your French connection. Our whole family has been trying to reconnect with any possible descendants. George was successful in business, well respected in the community, and a gourmet who appreciated good food. His neighborhood bar/restaurant was particularly successful. He saw World War II coming and bought a huge quantity of whiskey, thinking the time would come when it would not be readily available. He stored it at home in his basement in plain sight and within easy access of his five teenage children. Not one of them ever snuck any booze, and none of them ever drank much their entire lives. George was an avid hunter and provider, keeping the table supplied with game and healthy food. He died of a heart attack at age 50 brought on by smoking and the exertion from dragging a deer he’d shot.

In September 1922 while his father was on that hike with the Turkish Army, Sotos, age 4, was running from his burning house with his remaining family members. They eventually found safe passage to Athens Greece where they arrived safely, but penniless. Eventually, his older sister opened a ladies’ hat shop and Sotos was her delivery boy. Once she gave him a hat to deliver and enough trolley fare to get him there and back. When the conductor demanded extra money for the package he was carrying, Sotos knew would not have sufficient fare for the trip home. Sotos removed the frilly hat from the box, placed it on his head and wore it all the way into town. Sotos was resourceful in other ways. He made his own toys and enlisted his artistic brother in money making schemes and pranks. The two boys started a church. Sotos was the priest and his brother Xanthos the artist who painted the icons. The boys charged the other neighborhood kids to light candles and kiss the icons. It was a successful enterprise until their mother found out. Sotos served in the Greek merchant marine during much of World War II and finally illegally immigrated into the US when his ship reached New York. He joined the US Army, learned English, and became an Officer.

Sotos loved America. As chief engineer on a U.S. missile tracking ship, he traveled often to Africa on tracking missions and sometimes stayed in a hotel in Durban, South Africa. Seated in the lobby one day, he was reading a paper and smoking his favorite blend of tobacco. A young South African man approached him, apologized profusely for interrupting, and asked if his blend was a secret mixture. “Oh, no!” said Sotos. “This is Mixture 79. It’s available everywhere in the U.S.” Sotos immediately tore some of his newspaper and emptied the contents of his tobacco pouch into it. He folded the paper around the tobacco and handed it to the young man. The young man instantly went for his wallet, in an obvious gesture to pay. Sotos said: “Oh, if you want to pay me, let me hear you say ‘God Bless America.'” Heads in the hotel lobby, filled with curiosity turned to hear a young South African exclaim: “God Bless America!”