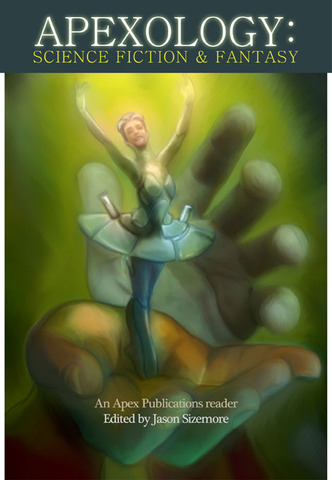 A few years ago — 2009 to be exact — I decided I was going to bring the unicorn back. I missed it. Not as something to bastardize or make fun of, but the honest-to-god legendary immortal being of magnificence and power. I remember reading all sorts of historical books about unicorns when I was a teenager, so I started collecting them again.

And then I started writing stories.For who better to bring the unicorns back than a Princess?

I wrote a postapocalyptic space opera called “The Unicorn Tree” and sold it to an anthology. I wrote what I consider to be the best story I’ve ever written — “The Unicorn Hunter” — for John Skipp’s upcoming DEMONS anthology. I even wrote a very short (500ish-word) new fable about the unicorn for New Myths, but their site went down when I wanted to submit it, and by the time it was back up again, I’d forgotten all about “Unicorn Gold.”

When Jason asked me if I had anything to contribute to his new Apexology: Science Fiction and Fantasy e-Anthology, I pulled up my fiction file and went through the stories one by one…and found it again.

“Unicorn Gold” is about a selfish prince, and the lessons he learns from trying to snare a unicorn. It’s a lovely little story — I’m so glad Jason came along to rescue it from the depths of oblivion known as the “AK WRITING” file.

I encourage you all to pop over and purchase Apexology: Science Fiction and Fantasy (only $2.99!) for your e-reader. I am only one of many stories on this fabulous Table of Contents!

One thought on “The Princess and the Unicorns”