During my convalescence (ie: while watching Bones and sniffling like mad), I saw a nifty little Target commercial on Hulu. It was a woman in a Target Accessories section, debating as to whether she was the type of woman who wore hats. She then goes on to dream about a hat-wearing life as she strolls through an orchard wearing a very cute outfit with black boots. She is handed an apple by a dark-haired man in a suit on a ladder — her perfect husband. On a blanket having a picnic nearby are her perfect children.

She snaps out of the dream and is back in Target. “I totally wear hats,” she decides.

What struck me about this commercial is that the woman, in her dream, turns into Mary Robinette Kowal. The woman has red curly hair, only slightly longer than Mary’s. She walks through the orchard in an outfit much like I’ve seen on Mary, in boots I KNOW she owns. The man on the ladder? Rob. No doubt about it. The children are not hers directly, but I’ve seen them around the family table at Christmas.

It may be someone else’s romantic dream, but it’s Mary’s life. Eerily so. 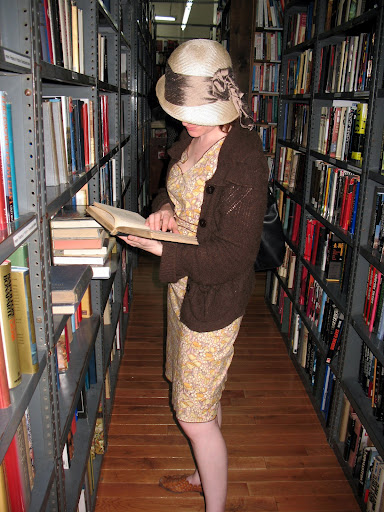 ? You totally should. Especially if you love Jane Austen.