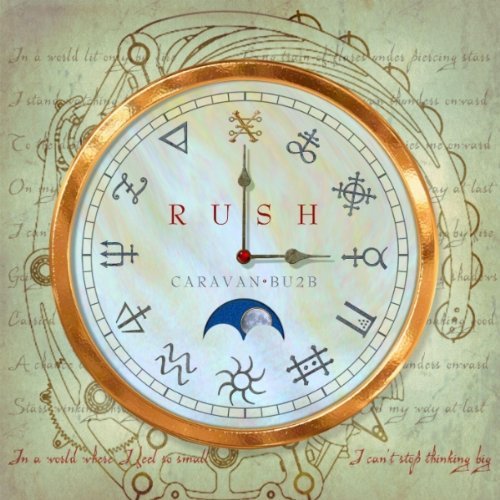 1990. Ninth grade. Casey and I were in the midst of our writing heyday. We were churning out poetry and short stories by the truckload–I had a novel in the works, and between us (and Margo and Chris) we had a collaborative novel that was already a legend among our set. We were romantic young teens who bought matching silver rings and quoted Rudyard Kipling and wished on stars while lying on the trampoline after marathon sessions of Super Mario and pizza.

It was Casey who heard the song — she always listened to music while she read and I never could, so she was always a little more well-versed in music than I. Plus, she was one of those people who paid attention to the lyrics the first time around; I preferred to let the music grab me first and memorized the words later. But what a memory I had. If it had been me who had heard the song, perhaps the band who sang it wouldn’t have remained anonymous for so long.

But anonymous they were, and for years after that we wrote the quote on every notebook we had, because it was beautiful and everything we were. “I am made from the dust of the stars, and the oceans flow in my veins. –Unknown” The song never played again on any radio station I listened to.

Not until my senior year of high school — I was in the car with my boyfriend at the time–an artist and our DM–and his friend John–whom I remember mostly for being very tall and almost albino in coloring. John was driving, so we were listening to John’s music. Well, I was listening, because I was in the back seat. The boys were talking. So when I screamed, John almost drove off the road.

It was “Presto,” he told me when he regained control of the vehicle. “By Rush.” You can imagine my giddiness. I don’t remember if I called Casey first or went to buy the cassette tape. It had a cute little rabbit in a hat on it.

I had tons of friends who were Rush fans–I remember seeing the tour shirts all the time in high school, but I never put two and two together. I didn’t listen to any other song on the cassette but that one, nor did I purchase any other albums. Why would I? This was our song. For me, Rush was a one-hit wonder. And that was that.

In the past decade I’ve had boyfriends and friends–Kevin J. Anderson and Matthew S. Rotundo in particular–who were/are huge Rush fans (though admittedly I acquired the discography and learned the songs for the boyfriends). And I really loved the music. I realized that I have been a Rush fan all this time; I just didn’t know it. One ex-boyfriend worked lights for the 30th anniversary tour and offered me a ticket, but I went to see Soteria in Charleston instead. The next time they were to open their tour in Nashville, the amphitheater shut down. Forever.

Last night, the Fairy GodBoyfriend took me to my very first Rush concert. He’s been attending their concerts for thirty years himself. Like Casey, he’s one of those lyrics-hounds who can memorize the words the first time he hears something, so he appreciated my particular fondness for the band. We have similar taste in the albums and even have personal issues with some of the same songs. He had heard my story about “Presto” and informed me–from first-hand knowledge and Google to back up any faulty memories–that Rush never played “Presto” live. They hadn’t even played it live during the Presto tour.

My hat goes off to him. He knew the Time Machine Tour set list for months and never breathed a word. We had a great laugh when they played “Time Stands Still” for the second song–both of us have dated someone who wanted to sleep with Aimee Mann far more than us–and then he watched my face light up like Christmas morning. Three notes, and “If I could wave my magic wand…,” and I screamed louder than I did that day I almost crashed John’s car.

“I thought you said they never played ‘Presto’!” I said to FGB later, between songs.

“They haven’t until now,” he replied.

So that’s the reason — the reason that the universe got in the way of my seeing Rush before now. They hadn’t played “Presto” before now. By all accounts, this was one of their weakest set lists in the band’s touring history, but it was my first time and they played my favorite song, so to me, it was perfect. FGB even bought me a t-shirt.

It would only have been better had Casey been there with me to hear our song. Instead, I clutched my hands to my chest and closed my eyes and wished on a star for her. If I’d had a magic wand–a proper one–I would have made it happen.

(Dear Santa: for Christmas, I would like a magic wand. That is all. Thank you. And thank you for my song.)

3 thoughts on “If I Could Wave My Magic Wand”