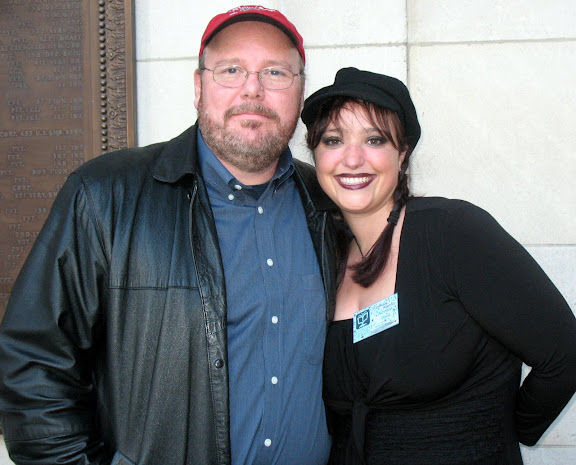 David MacInnis Gill and I first met at Orson Scott Card’s week-long literary writing boot camp back in 2003. As an assignment, we all had to write a story in 24 hours. Mine was about a magical society of Victorian Lady Etchers. David’s was about space crabs. He won all the points for originality.

I can’t tell you how proud I was to hold the advance reader’s copy of David’s debut YA novel in my hot little hands. I knew that no matter what deal Bug Smoot made with the devil for her car, she was going to keep surprising me all the way to the end. And with a title like Soul Enchilada, David still wins all the points for originality.

Alethea Kontis: What make & model was your first car? What kind of car do you drive now?

David MacInnis Gill: My first car was a very used 1970 Buick Regal with a four barrel carburetor and a V-8 engine. It could flat-out fly. Sadly, it caught fire driving up Lookout Mountain and burned to the frame. I now drive a Toyota RAV-4. There’s nothing fiery about it.

AK: What was your dream car back then? Now?

DMG: Hot. Very hot. So hot that the menu warns you not to touch your eyes while eating.

AK: People always ask about the genesis of ideas, but what inspired this novel in particular?

DMG: The idea came from a fellow writer, James Maxey, who gave me three story seeds as part of a competition to tell the most original Halloween story: A chocolate crucifix, the anti-ghost, and blistered roses. My job was to construct a tale using those elements, and the first image that came to mind was of a young man holding a pair of Twix bars to fend off a vampire. Except a vampire was way too easy. I tried to think of some other supernatural creature, one that would be offended by chocolate. Clearly, it had to be a demon, because chocolate is everything good in the world.

AK: What was your first job?

DMG: House painter. I started when I was six years old. I worked for my father. The first thing I ever painted was a door. I think it took two hours.

AK: Have you ever promised someone something you wish you hadn’t?

DMG: I once promised my father he could drive my Buick Regal up Lookout Mountain…

AK: What temperature would you guess would constitute a “cold day in Hell”?

AK:  What sort of research did you do for this book? (Repo men, car washes, lawyers, witches, priests?)

DMG: Quite a bit, now that I look back on it. I’ve never celebrated Dia de los Muertos or been to El Paso, where the novel is set. So I used travel books, National Geographic, newspapers, and local forums (to get that authentic flavor of grumpiness that only natives can lend to a locale). My critique partners were a huge help, too, especially with smells, flavors, and sounds. To create the fusion of mythology, religion, and pop culture, I studied the Bible, the Testament of Solomon, and Old Scratch folk stories such as The Devil and Tom Walker. I also made several trips through a car wash and spent two hours in a convenience store examining its shelves and blocking out a food fight scene. The cashier thought I was shoplifting Cheez Whiz.

AK: Have you ever witnessed any supernatural events?

DMG: I wish. I’ve gone on ghost walks, stayed in haunted hotels, and eaten in spooky restaurants. I witnessed nothing scary, not even food that was a danger to my eyeballs. I have, however, seen UFOs and met Bruce Springsteen in person.

AK: What were your favorite books as a teen?

DMG: Logan’s Run, Lord Foul’s Bane (I seemed like to titles with possessives in them), Goodbye Columbus, The Amityville Horror, everything Stephen King (especially Salem’s Lot), and of course, Lord of the Rings. You know, books full of repo men, car washes, lawyers, witches, and priests. Not to mention hobbits.

AK: In your opinion, who was the most talented student in Orson Scott Card’s 2003 Literary Writing Boot Camp? (Other than you, of course.)

DMG: That would be the Amazingly Awesome Angel-Among-Demons Alethea Kontis.
Could there ever any doubt?

AK: If you could be any superhero or have any superpower, who/what would it be?

DMG: When I was in fifth grade, I wanted to be Captain America. I even practiced slinging a shield like him. Unfortunately, the shield was actually a rusted out washboard, which I had to stop slinging when I wounded my cousin in the forehead. Now, I would like to be Ghostrider. A kick-butt chopper AND a flaming skull? Who could ask for more?