Okay…not *everything*. But I am happy to report that I have more than one work this year eligible for award nominations! Yay! 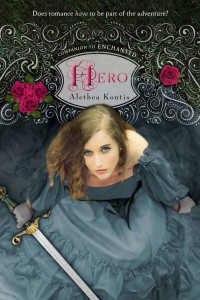 HERO (Fantasy, YA) — Second in the Woodcutter Sisters series of fairy tale mash-up novels. (Think “Once Upon a Time” meets “The Princess Bride”) Saturday Woodcutter is a girl with a sword who is mistaken for a boy through the whole book. She has to rescue Peregrine of Starburn (mistaken for a girl through the whole book) from a witch and a dragon. IT’S AWESOME AND FUN.

There are a handful of original short stories from my WILD & WISHFUL, DARK & DREAMING collection that just released from Alliteration Ink. I will list them all here, starting with my top choice, and what categories they would fall under (depending on which Awards you’re nominating for). 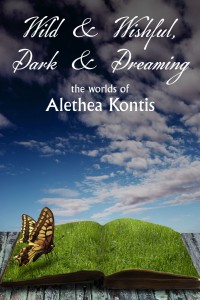 * “The Were Four” (SF/F, YA) — On Dec 21, 2012, the world didn’t end. Instead, 90% of the people on Earth became a were-creature of their totem animal. This is the story of four high-school aged, misfit, REALLY LAME weres (platypus, piranha, sloth & mosquito) who enter a local Battle of the Bands.

*  “Blood, Sweat & Tears” (Contemporary, Horror) — The story of a young Romany woman who ghostwrites bestselling novels with a magic potion literally made of of blood, sweat, and tears.

* “Alligator Baby” (Fantasy, YA) — Deep in the Louisiana Bayou, a young orphaned girl petitions the local voodoo priestess to find out what really happened to her parents.(Really hard for me to choose between this one and “The Were Four”–I love them both!)

*  “Confessions of the Ex-Future-Mrs. X” (Fantasy) — A secret, in-depth interview with the woman who almost married Willy Wonka.

* “Deathday” (Fantasy, Poetry) — A dark love letter to the soul of a girl’s mother on the day she was born.