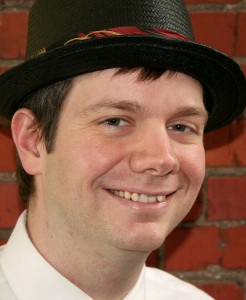 just hit the virtual streets this July 10th. You should definitely check it out.

Congrats, Mike, and welcome to the blog!

Author or Artist?
Author. I never made it past tube figures in graphic art.

Who are your professional role models?
China Mieville – for brazen inventiveness and a dedication to incorporating critical theory into writing. Ursula K. LeGuin, who weaves anthropological detail along with beautiful language and sociological speculation into marvelous tales.

What’s your favorite writing/sketching weather?
Assuming I’ve already achieved my writing locale and nested, I love a good sustained thunderstorm or rainstorm. I find the constant rain really relaxing, but then the thunder and lightning keep the energy from getting too mello.

Set your current playlist/musical device to “shuffle all” and hit PLAY. What’s the first song that comes up?
“Taverns” from the Baldur’s Gate II Soundtrack (by Michael Hoenig) 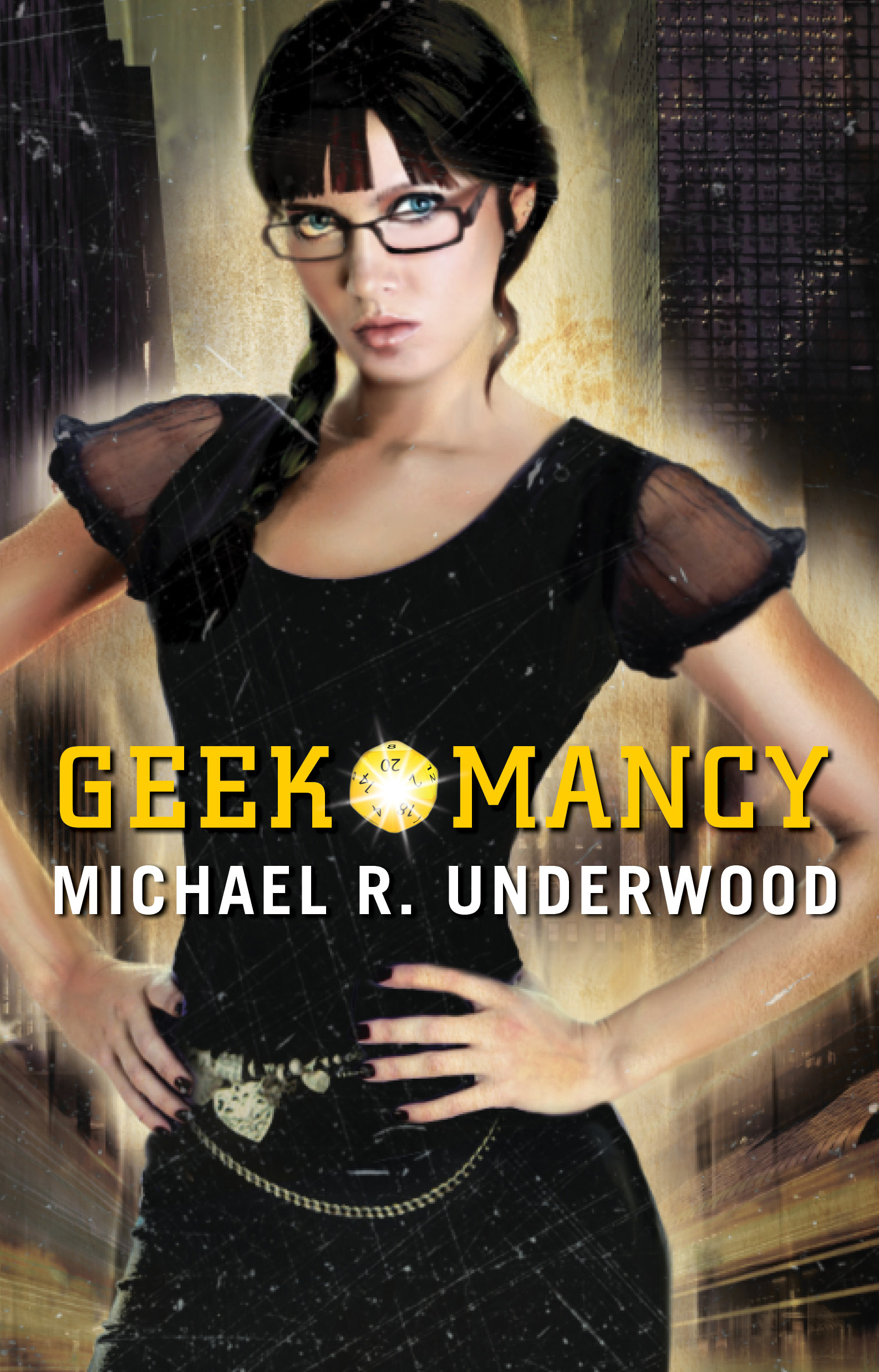 If you could win any award, which would it be?
I’d like to win the James. T. Tiptree Jr. Award. I believe very deeply in the social advocacy aspects of speculative fiction, and think that SF/F lit has a good record and greater potential to challenge assumptions about our own cultural norms and biases.

Would you rather have magical powers, or a spaceship?
I’m about as likely to kill myself with either until I figure them out, but I think with magical powers, I could do more good for the world – assuming a useful set of magical powers. Then again, almost anything can be useful in the right context, magic or spaceship included.

What was your favorite book as a child?
The Hobbit. I listened to The Hobbit on tape about a bajillion times, often as my bedtime story. The beats of that story are inscribed on the insides of my eyelids.

What thing do you wish you could go back in time and tell your 10-year-old self?
Don’t forget that exercise is fun and that it gives you more energy to do things you like.

What’s your favorite constellation?
Orion. Largely because it was one of the first I learned to identify, and then I liked it even more when I learned to associate it with the mythological figure.

What’s your favorite fairy tale?
Momotaro the Peach Boy.  Mostly, I love Momotaro because we read it in my Japanese class, and the story included my favorite Japanese verb, Yatsukeru – to subdue. As in ‘Momotaro subdued the demons with the help of his friends dog, monkey, and pheasant.’

What thing are you most proud of?
My first novel sale being a novel that I wrote entirely because it was fun, not because I was expecting to sell it.

The Colin Harvey Memorial Question: Name 3 things on your List of Things to Do Before You Die.
1) Travel to Europe
2) Attend San Diego Comic Con
3) Make the perfect pizza pie

****************
Michael R. Underwood is the author of Geekomancy, a comedic urban fantasy coming July 10th from Pocket Star. Michael grew up devouring stories in all forms: movies, comics, TV, video games, and novels. He holds a B.A. in Creative Mythology and East Asian Studies from Indiana University and an M.A. in Folklore Studies from the University of Oregon, which have been great preparation for writing speculative fiction. Michael went straight from his M.A. to the Clarion West Writers Workshop and then landed in Bloomington, Indiana, where he remains. When not writing or selling books across the Midwest as an independent book representative, Michael dances Argentine Tango and studies renaissance martial arts.