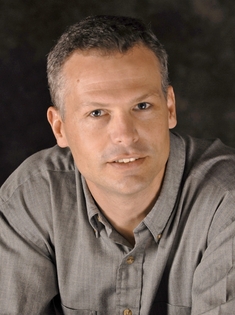 Today’s interview features SF writer, Bionic Man, and Knight in Shining Armor Jeff Carlson. Once upon a time he saved a scared princess who found herself in a strange place and surrounded by cultists…and for that rescue, she will be forever grateful.

Jeff just got a snazzy new upgraded website–be sure to click on over and see what’s new! Or check out the Kindle version of his short story collection Long Eyes

, released in November of last year.

Author or Artist?
I am the author formerly known as Jeffrey.

Who are your professional role models?
The goofy part is I barely read for pleasure anymore, which is crime. I’m missing a lot of good stuff. Worse, I got into this crazy business because I grew up as a serious bookworm. I wanted to play, too. Now between my family and my own writing, research, editing, etc., I’m lucky if I get through a book or two in a month.

In one sense, I’m totally out of touch with the field — and yet I’m more intimately involved than I imagined possible when I was kid. I know writers and editors all over the world. Some of them correspond with me regularly, some irregularly. Others I see at conventions or library gigs, where we trade handshakes or hugs or beers. Good stuff.

What’s your favorite writing weather?
A cool rainy day with the scent of dark, dark coffee.

Hit PLAY for us on your iPod. What’s the first song that comes up?
The Beatles’ “Paperback Writer” or the extended medley from the B side of “Abbey Road.” You can’t beat those guitar licks… or their defiant, brooding exuberance… although I’ve also got a thing for the subtle and complex melodies of Jethro Tull, especially from their early mid-career albums like “Passion Play” and “Heavy Horses.” 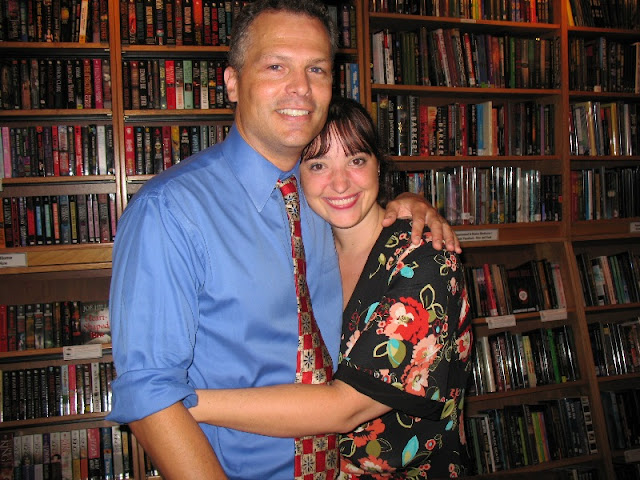 If you could win any award, which would it be?
The Oscar for Best Adapted Screenplay.

Would you rather have magical powers or a spaceship?
Spaceship. With laser cannons.

What was your favorite book as a child?
Ooh, tough question. Do I get to include books I read as an early teen? If so, “The Stand” by Stephen King. If not, I read voraciously and liked almost everything from intricate character studies like Frances Hodgson Burnett’s “The Secret Garden” and good ol’ apocalyptic action-adventure like John Christopher’s “White Mountains” trilogy. Favorites like those I read at least five times each.

What thing do you wish you could go back in time and tell your 10-year-old self?
“Keep working hard. Good things take time. Also, you can’t imagine how fantastic it is to be grown up and have kids of your own. But you will.”
That oughta boggle his mind. I mean my mind. Somebody’s mind.

What are you most proud of?
Our children. Trite but true.

The Colin Harvey Memorial Question: Name 3 things on your List of Things to Do Before You Die.
#1 Helicopter ski at Whistler for ten days in a blizzard.
#2 Kayak down the Grand Canyon for two weeks again. (First time was mind-croggling.)
#3 Make out with Jessica Alba.
#4 Wait, is my wife going to read this? I mean visit Germany again on a second honeymoon! Aha ha ha.

Jeff Carlson was born on the day of the first manned moon landing and narrowly escaped being named Apollo, Armstrong, or Rocket. His father worked for NASA-Ames at the time, and his granddad on his mother’s side was a science fiction fan whose library included autographed copies of Isaac Asimov’s Foundation trilogy.

Both men were strong, early influences—and in the high tech 21st Century, it’s easy to stand with one foot in reality and the other in sci-fi. Jeff’s writing alternates between mainstream and genre fiction.

Jeff is the international bestselling author of the Plague Year trilogy, hailed by New York Times blockbuster James Rollins as “Harrowing, heartfelt, and rock-hard realistic. Not to be missed.” He is currently at work on a new stand-alone thriller. Other stories and nonfiction articles have appeared in leading venues such as Boys’ Life, Asimov’s Science Fiction, and the Fast Forward 2 anthology.

To date, his writing has sold in fourteen languages. Jeff’s novels have been translated into Spanish, German, Romanian, Russian and Czech. His short fiction has also appeared in most of those languages as well as Dutch, Esperanto, Estonian, Greek, Hebrew, Hungarian, Italian, Polish, and Portuguese.

Jeff lives with his wife and sons in California.