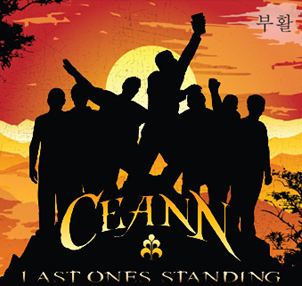 I passed The FairyGodBoyfriend in the bathroom yesterday. I was leaving and he was coming in to take a shower. I patted him on the bum and said, “God, I love your butt” before taking my leave.

I promptly started picking up the bedroom and collecting laundry, which is a good thing to do when Joe is not present. As I was reaching for a sock hidden under the bed, I stumbled over a pair of shoes and caught myself before taking a nosedive into the desk.

I sat on the bed for a second to contemplate my near brush with death, and then went back in the bathroom to tell FGB what had happened and ask him a very important question.

Me: So if I had just died right then, and my last words were “God, I love your butt,” would you tell people?

Joe: Hell yes I would! I’d write it on your tombstone. “She loved my butt.”

Surely you can see why I’m head over heels in love with this man. I giggled over the prospect of my interesting tombstone while I tossed the laundry in the washer. When I returned to the bedroom, FGB was poring solemnly over the computer screen. “The lead singer of Ceann died in a car wreck earlier this week.”

Needless to say, my morbid sense of humor politely took its leave.

If you’re not familiar with Ceann and you like 1.) Irish music, 2.) drinking songs, 3.) hilarious and clever lyrics — well then, look a few of the songs up on YouTube. I recommend “Pretty on the Inside,” “Pittsburgh Makes Me Drunk,” and “Blame the Viking” for starters.

Some of you might remember, “Blame the Viking” was sort of our theme song for Necon 2009, the fateful weekend I met Dickie and Joe and Mary and Jack. In the past couple of years, we’ve changed the song’s title to “Blame Ron Dickie,” and altered the lyrics to reflect our favorite beloved Canadian drunkard. Joe will turn up the radio so the Fairy GodDaughters and I can belt it out on long trips and giggle mercilessly.

It is always a blow when such a brilliant, creative mind and enthusiastic heart leaves this world. It will be a while before hearing their songs on the iPod shuffle doesn’t make me mourn the loss of future songs we will never hear.

Thank you, Patrick Halloran, for the fun you gave us and the memories we made. I raise my glass of orange juice and make a toast to you: may whatever ends up on my tombstone be as clever as one of your songs.