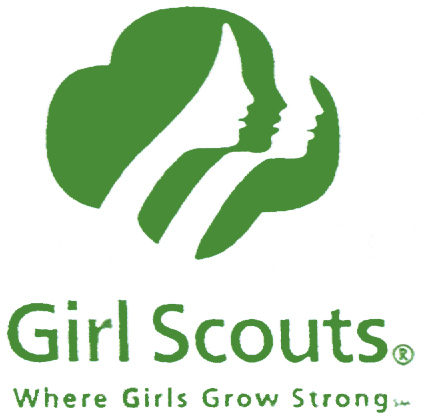 It’s that time of year again! Yes, just as you’re ready to throw in the towel on that New Year New You resolution, here come the girls with brown and green sashes, ready to take your cookie order.

This brings up another one of Mom’s Rules: Your parents will not bring your Girl Scout cookie order form to work. If you want to win fabulous prizes, you and your sister better hoof it around the neighborhood in the fine, upstanding tradition of vacuum cleaner salesmen.

To my parents’ credit, we had a really good neighborhood full of really good people. I wish I could go back to that girl in the brown sash and tell her to go practice her skills of cute manipulation on the innocent neighbors of the North Springs community. I would have been shy for maybe two seconds, and after a day I would have earned my weight in personalized mugs and unicorn posters.

But I chose the path of the lazy shy girl. I hit up my friends’ parents and a few people I knew, and I suffered the consequences (with only a mug that said “Welcome” on it in about 47 languages).

Fast forward years later to when I worked in a cubicle at a large corporation. I always knew when Girl Scout time was, because tons of people brought their girls’ order forms to work. It made me nauseous. What made me literally want to vomit was that one of our VPs would actually send out an email, reminding everyone it was cookie time and that he had his daughter’s form in his office. He did not encourage you to buy from the other suckers-with-daughters in the office — he wanted you to buy it from him.

And, of course, everyone did. He was the VP, after all. What better way to brown nose? Ugh–the thought of it even now disgusts me. My parents made me do it the hard way (and rightfully so!) when I wore that sash, and now I was going to be strong-armed into drinking the Kool-Aid or being branded Not A Team Player? No way. Alethea doesn’t play by those rules.

I never bought a single box of cookies from that VP. It’s probably one of the reasons I don’t work there anymore.

Right now, I live in a gated apartment complex on the top of a hill in the middle of nowhere, surrounded by a small strip of office buildings and a branch of George Washington University that no one visits. In front of us, magically, is acres of undeveloped land, and behind us is wildlife refuge all the way until you hit the Potomac. This is a very nice community full of very nice people. I have already purchased one item from a boy who knocked on my door with a school fundraiser order form in his hand. I know what it’s like to be on the other side of that door. I want to reward that bravery.

If any girls stop by here in the next few weeks and knock on my door (which is more than my rude mailman does), I will happily buy a box of cookies from her. But I will not be strong-armed or guilt-tripped into buying cookies I don’t really want from you or your VP, and I probably won’t hand over any cash to the gaggle that sets up a folding table in front of the local Wal-Mart.

My mom gave us rules, and I have rules too. While I did not enjoy my own time as a Brownie, I recognize the Girl Scouts as a fine organization and would encourage any young girl to join the ranks. I also realize that, at any time, I am free to make a 100% calorie-free donation to the Girl Scouts of America. You can too.

Reward hard working young people, but don’t let yourself be bullied, my friends. And if you do buy cookies — I sincerely hope you enjoy them.