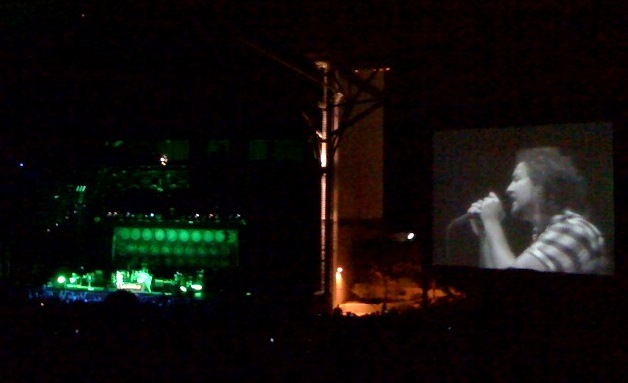 Having a favorite song is like having a favorite movie or a favorite book. There are just so many that reflect different aspects of our nature…it’s almost silly to have just ONE. Once upon a time I made a list of some of popular bands, and which were my favorite songs of those bands. Some of the ones I remember off the top of my head:

When Tomo and I were sitting on the lawn last night, listening to Band of Horses and watching the yellow-shirted Event Staff guy milling about the crowd, he asked me if there was any specific song I wished Pearl Jam would play. Even if there were I try not to hope for such things — I prefer to be pleasantly surprised. But I tried to remember back to that list, because I’m pretty sure Pearl Jam was on it. Now don’t get me wrong — I’m a fan of the band, and of Eddie Vedder as a musician, but I probably haven’t bought a Pearl Jam album since Vitalogy. So I tried to think back on what I would have picked as my favorites.

The Shopping Cart Song’s title is actually “Elderly Woman Behind the Counter in a Small Town.” For some reason, ever since seeing the title, I have called it “Elderly Lady with a Shopping Cart.” I have NO IDEA why my brain continues to think there should be a shopping cart in the title when I know damn well there is no shopping cart. Over the years, the song’s title has simply shortened to “The Shopping Cart Song.” My friends know what I’m talking about. (You’d be surprised how many perfect strangers know what I’m talking about.)

But I didn’t figure they’d play The Shopping Cart song — it’s old and sweet and short and a little obscure. Similarly, “Black” is kind of a slow and sad song which I didn’t think lent itself to an Amphitheater set list. I used to sit in my car and sing “Black” to myself  because my college boyfriend was fixated on redheaded girls. (Ironically, he’s dated the same redheaded girl since I left South Carolina over a decade ago.)

Turns out that yellow-shirted Event Staff guy was handing out free upgrade tickets to seats in the pavilion. Sweet! And right after Pearl Jam walked on stage, Eddie Vedder grabbed the mic and started singing: “I swear I recognize your face…” One of the only other songs they played that I recognized? “Black”, of course.

Thanks, Murphy. It was a great show. 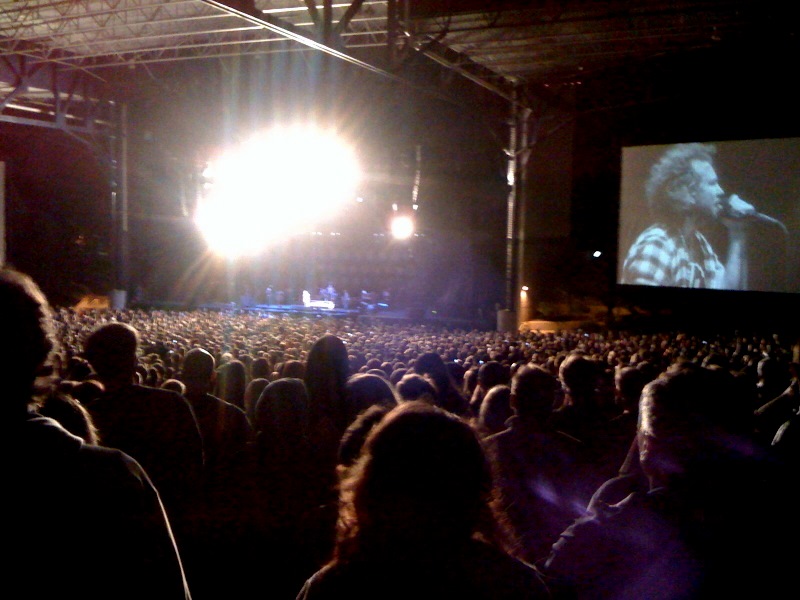