Last week was the first annual Steampunk World’s Fair, held in Piscataway, New Jersey. I so, so, so wish I could have gone. Luckily, my Best Beloved peeps Leanna Renee Hieber and Stephen Segal were there to represent. Leanna posted the link to a gorgeous convention album by photographer Tony Romeo called “Steampunk in Sepia.” Because, really, what else would Steampunk should be shot in?

Lovely Leanna. There is mischief in those eyes…

And since you asked: Why, yes, I do have a sepia steampunk portrait of my own — it was taken for the Clockwork Jungle issue of Shimmer. (Courtesy of Steven Gould) 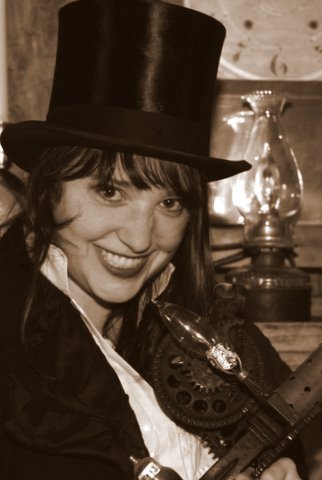 2 thoughts on “Steampunk in Sepia”