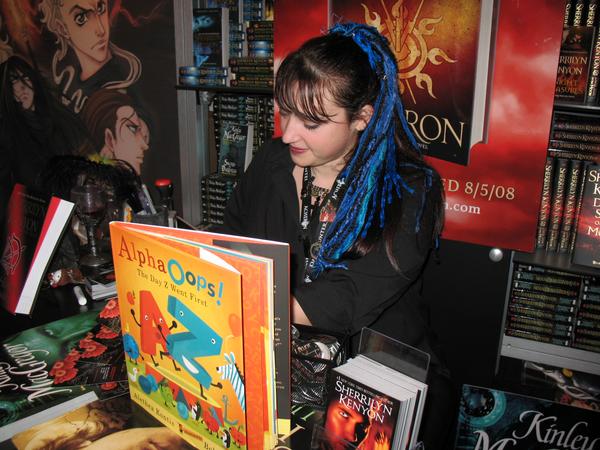 Stopping square in the middle of the HERO novel edit to go to NY today. NY Comic Con, here I come!

If you’ve downloaded the NYCC app (which is a smart thing to do), I’m not actually listed. BUT YOU ALL KNOW WHERE TO FIND ME: At Janet Lee’s table in Artist Alley!

I will be there for the duration of the convention — that’s right: Thursday – Sunday. Please come by and see me!

Janet and I also have special WONDERLAND ALPHABET signings at the Archaia Entertainment booth (Exhibitor 1520) at the following times:

Only WONDERLAND ALPHABET will be available during those times, but if you come by Artists Alley, I’ll have ENCHANTED and tons of ALPHAOOPS: H IS FOR HALLOWEEN. (‘Tis the season!)

Janet and I will also be selling THE COMPLETE SET OF ALPHABET PRINTS from WONDERLAND ALPHABET, which has never before been available.

And…as always…THERE WILL BE SWAG.

Why wouldn’t you stop by? See you fellow geeks there! xox

One thought on “My NY Comic Con Schedule”