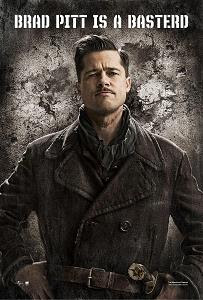 I got out of my Meeting Marathon at work last night just in time to hightail it to the lovely Malco theatre we have here in Smyrna, Tennessee. I missed all the trailers, but I didn’t miss a second of Inglorious Basterds.

Quentin Tarantino is the movie geek’s movie geek. I was raised at the movie theatre (literally, as my big sister dated the son of the local movie mogul — they now own The Bijou in Morrisville VT), dated a film student in college (earning me my first credit on IMDB), and managed a movie theatre of my own (the Movies at Polo in Columbia, SC – 1991-1998), so I definitely qualify for Movie Geek status. While I’m not big into violence, I fully appreciate Tarantino’s dialogue and sense of drama. So when I heard Inglorious Basterds was phenomenal, I dropped everything and saw it immediately.

The film was indeed amazing. Christoph Waltz steals the show. That’s all the review I’m going to give. Go see it or not; you may love it or hate it — that’s not for me to decide. But the best part of my movie-watching experience is something you won’t get anywhere else…and that’s what I’m here to share with you.

The film is set in Nazi-occupied France and most of the dialogue is either French or German (I’d guess about 75% of the film is subtitled). Accents are a minor deal — there is mention more than once of a character’s accent betraying their origin.

Now, if you’ve seen the trailer, you’re familiar with the horrendously awesome accent of Brad Pitt’s character Aldo "The Apache" Raine. Early in the film he mentions that he hails from the Smokies — I placed his accent as mountain region North Carolina and didn’t think anything else about it. (Troy aside, Brad Pitt is fairy wonderful at accents — his performance in Snatch being one of my favorites.) Closer to the end of the film, he mentions he’s from a small town in East Tennessee. (The name of which eludes me now — shout out if you know it.) The 10 or 15 of us watching in Smyrna giggled at the prospect, but one incredulous woman in the back exclaimed, in an honest-to-god Tennessee accent: "YER KIDDIN‘!"

Everybody in the theatre cracked up. I haven’t laughed so hard in a long time.

PS: This is what the world outside looked like when I left the theatre. I felt like I had walked right into a painting. We have really had the most amazing skies this summer. 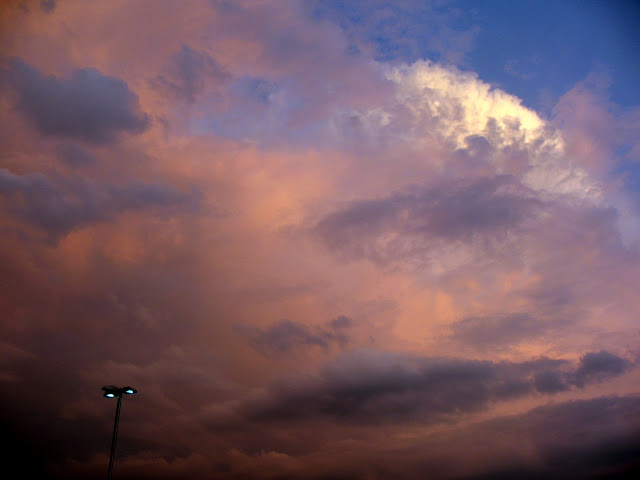