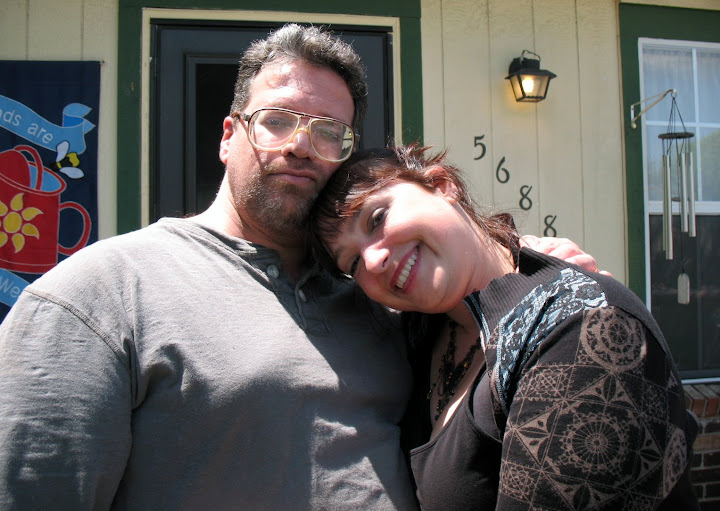 “She was a girl of many half-completed movements.” –the line that made me throw November Mourns across the room because nobody should be able to write that beautifully.

Alethea Kontis: Tell me a little about how your latest novel November Mourns came about.
Tom Piccirilli: In terms of setting and themes, it’s something of a carryover from my previous novel A Choir of Ill Children, which also deals with an isolated, southern backwoods area where superstition and the supernatural seem to meet up. The word “haunted” is applicable in so many ways to so many people, who are haunted by guilt, by fear, by the past, by familial or sexual or religious matters. Choir was very much a fantastical book, with outlandish, freakish characters, and ghosts and swamp witches. When I finished the novel though, I realized I wanted to deal with some of the same themes but play it much closer to the vest, keeping the fantasy and supernatural elements much more ambiguous. Are these things actually happening, are they in the mind of the protagonist, or is everybody just going mad from bad moonshine?

AK: There is an amazing amount of information in November Mourns about moonshine, snake handlers, and prison life. How did you approach your research?
TP: It’s easy for a writer to over-research a subject and then feel the urge to do an info-dump in the middle of a book. Knowing that’s a possibility, I prefer to only do a minimum amount, to answer the questions I have and provide the details I need to make the story work to the best of my ability. This isn’t hard science fiction here—this is phantasm. I’ll either visit the library or hop around on the Net to get whatever I need for the story to make it sound credible.

AK: November Mourns could almost be considered a mystery or suspense novel instead of horror. You have a background in writing mysteries (The Dead Past, Sorrow’s Crown) but what made you use it here to catapult your story?
TP: It’s a backwoods story where an ex-con returns to his moonshine-running mountain town to investigate the death of his sister, who was found in an area of the hills long-thought to be haunted. Superstition and ignorance caused the townsfolk to abandon plague-stricken citizens deep in the backwoods, and now it appears those diseases are having some kind of a rippling effect across the decades. Even their churches seem corrupted by poisons of one kind or another, as snakes take precedence in the snake-handling rituals.

Since my protagonist Shad has been away from the Hollow, in prison for two years, he now has the clarity of distance. He’s been elsewhere, he’s learned new things, and he’s lived through a wealth of new experiences. I specifically wanted prison to have a positive effect on him. It has a large library, he learns about the rest of the world, he meets men from all walks of life. That in this world, going to jail is actually a move up on the ladder of life. When he returns to his hometown, he sees everyone with a different point of reference. A good deal of the basic crime novel set-up here is actually reversed. It’s not about a man who’s been in hell returning to the comfort of his beloved hometown. It winds up becoming the complete opposite as Shad leaves the comfort of prison to return to a doomed and dying town that threatens to take him with it.

AK: Many of the characters consider themselves to be the product, as well as victims, of Moon Run Hollow, yet they are greatly conflicted about their love/hate relationship with the town. What caused you to focus on such a premise?
TP: All of drama is based on conflict, and the more a writer can balance out the reasons for that conflict, the more he can show both sides of a potentially insoluble problem. We are as much the product of our evils, fears, and character flaws as we are our strengths and decency. It’s on that lynchpin that I set the basic premise of the book. What do you do when everyone around you is going a little mad, and there’s nothing you can do to stop it? How resolved would you be in the nature of your own beliefs if you awoke one day and realized everything you knew up to that point might be wrong? Emotional turmoil is always the impetus that gets the action of my work to move forward. I hate the easy out of some crime novels, like the killer leaves a button behind and all the hero has to do is match the button to a coat and voila, the brilliant murderer who’s escaped Interpol is caught. Too many authors rely on forced facts like that, things that don’t occur naturally in the unfolding of the story.

AK: Communication plays an intriguing role in November Mourns. How conscious were you about creating this atmosphere where communication is a challenge? Where verbal and writing skills are at a minimum?
TP: It was very conscious on my part because it added so much atmosphere to the tale. If we could get a direct answer to every question we ever asked, nobody would have high blood pressure. It’s when you’re getting conflicting answers, riddles, grunts, barks, and nonsensical responses that your frustrations grow. And that’s what most of us have to deal with on a daily basis. I just distilled it and worked it into the tapestry of the novel.

In the book, Shad’s father calls him in prison to tell him that his sister has died. And that’s all the man says. No details, no commiserating, no words of grief or advice. In a way, it’s a thrown gauntlet. Here’s the barest minimum you need to know, now let’s see if you can rise to the challenge.

AK: The concept of family is an extremely important one in the novel, as well as the search for family and identity. Was it your intention to explore these issues? Or was the familial element something that developed during the writing process?
TP: Family matters are the crux of much of my fiction. My own father died when I was quite young, and so in a manner of speaking, he’s always been more of a myth to me than a man. An invisible force that exists in pictures and in vague memories, but without any direct hand in my life. I think most people feel this to a lesser extent, in one manner or another. The weight of their family’s experiences and situations somehow molds us through our entire lives, even after those family members are gone. It’s a theme I’ve returned to time and again, one of the wells from which I draw my material.

In November Mourns, Shad is actually investigating the death of his half-sister. Her mother remarried and now has a brood of freakish children; some have no bones in their legs, one has a head the size and shape of a pumpkin. When Shad meets up with them later on he’s terrified by just how narrow the channels of blood are. How these ill children are very close to being his own brothers and sisters, and how close he was to becoming one of them.

AK: You deal in the gray areas between good and evil, humor and horror. Do you make a conscious effort to upset notions of the clearly defined lines between these opposing concepts?
TP: To me, ambiguity is more interesting and more realistic than clearly drawn lines between the heroic and the malicious. My brand of fantasy/supernatural/horror fiction puts an emphasis on unsettling and displacing the reader rather than actually “terrifying” them. Horrifying someone can be relatively easy in some respects—you can write about babies being dropped in boiling water or give graphic details of evisceration or rape. But without some emotional context, without really caring for the characters, then those might merely be exercises in sadism.

AK: You recently won the Bram Stoker award for editing the poetry anthology The Devil’s Wine, and you are a poet yourself. How do you think writing poetry affects your prose?
TP: Poetry is a form that celebrates compression. It allows me to use ambiance with an even greater focus. It’s a distillation of narrative. You have to keep squeezing and squeezing the piece of coal until you compress it into a diamond. Novels on the other hand offer plenty of room to move. You can toy with dialogue, mood, the pace of the action, but in learning how to self-edit down to the raw material, my novels hopefully move with a great emotional context—with less fat, less of the ordinary in them.

AK: At the rear of November Mourns there’s a chapter-long sneak preview of your next novel Headstone City, which doesn’t seem to be a southern gothic crime novel at all. Tell us about it. And what else do you have coming up?
TP: Headstone City returns to my urban stomping grounds, taking place in New York. It’s the story of two former friends, one now a mob boss and the other an ex-con limo driver, who went through a windshield together when they were kids and got caught stealing a car. Now each has a particular psychic/supernatural gift. The mob boss blames the other guy for the death of a family member, and right from the get-go you know they’re headed for a showdown.

I’m currently finishing up my latest novel The Repentance of Killjoy, which is about a child murderer who, after a cycle of butchery, goes quiet for several years. When he returns, he’s apparently had a change of heart and steals children from abusive surroundings to return to the families of the children he originally murdered. The novel follows one father as he tracks Killjoy through a series of ever-stranger circumstances.

AK: Any really fabulous library anecdotes you’d like to share?
TP: When I was researching comparative religions and occult history for my A Lower Deep,  which is about a modern-day warlock and his demonic companion heading off to Jerusalem to try to stop Armageddon, I would walk up and ask the information staff, “Hi, do you have The Satanic Bible on hand? How about a translated copy of the Malleus Malefacarum?” Back when I lived in NY, that probably wouldn’t have raised even an eyebrow from the staff, but the nice ladies in my local library in Colorado definitely had me marked as being in league with Satan.

You can learn more about Tom Piccirilli at his official website: www.tompiccirilli.com